University of Utah NROTC is honored to welcome you back and thanks you for your service!

To celebrate our heritage, our NROTC Unit would like to keep in contact with all of our active/reserve/retired commissioned officers!  As an alumnus we would love to hear from you.  Please take a moment to fill out a contact information form and let us know if you would like to be notified of upcoming NROTC events.  Also, spread the word to your fellow classmates! If you have any questions with how this information will be used, please see the privacy statement at the bottom of this page. 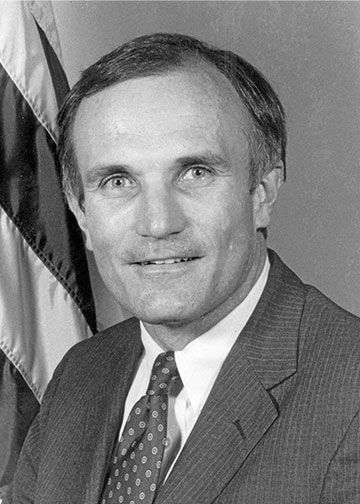 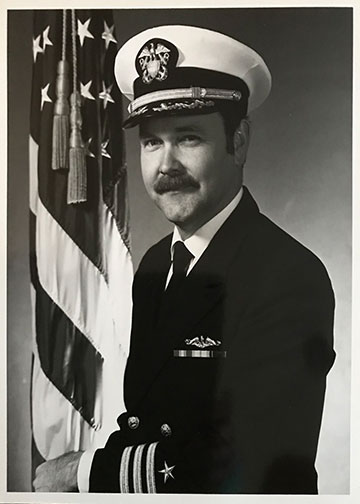 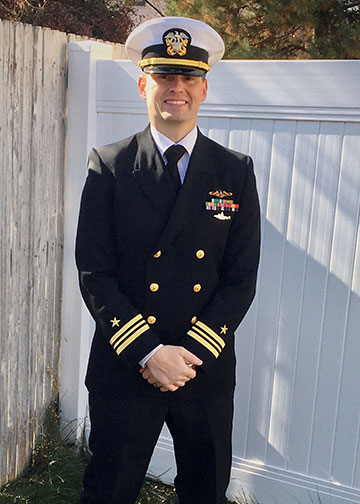 Retired Captain Roger Cooper, USNR, started the University of Utah NROTC program in 1960 at the young age of 17.  After earning a degree in Electrical Engineering, he was selected to become a Student Naval Aviator.  Although he greatly enjoyed Pensacola, the delay in training caused by the Vietnam War was not for him.  Mr. Cooper decided to trade flight school for mine warfare and supply officer schools.  After finishing both schools, he was assigned to the USS Endurance MSO-435 out of Long Beach, CA.  Thirty days after arriving to that ship, he was deployed to Vietnam.

Referring to this deployment, Mr. Cooper wrote, “For the first time in my life I had to work! I had always slid by on ability, not effort, but the demands were much greater, and I was amazed to discover at age 22 that working hard was not so bad.”

After this deployment he chose to go to a Navy Security Station in Washington D.C. where he was selected as the Head of Systems and Programming.  His staff consisted of 20 genius-level workers that really humbled him.

Mr. Cooper then started his extensive civilian career within the Federal Government.  There he was able to work in many positions that built upon his time in the Navy.  Some of his greatest accomplishments during this time was that he ran the Federal Retirement System, ran the computer renovation of VA hospitals which has cost over $5B, was the Dep Asst Secretary of Info Systems for the Treasury Dept, the Deputy Administrator of FEMA, and the Dep Asst Attorney for Info System US Dept of Justice.  During this time Mr. Cooper also entered the Naval Reserves where he eventually retired as a Captain.

In Captain Cooper’s own words, “This has been fun to tell my story of an underachiever finally waking up to what life was about and how the Navy played such a key part.  Wish it had happened earlier, but I am not complaining.  For those who might read this, talent is nice but hard work is where it's at!  Don’t wait too long to have this realization!!”

My name is Eugene Shelar, Jr.  I was commissioned in June 1966 and ordered to report to USS Northampton CC-1.  After qualifying as Officer of the Deck, I volunteered to attend submarine school in New London, CT.  After completion of school, I was assigned to to the USS Trumpetfish SS-425 where I qualified in Submarines.

After several deployments, I was ordered back to New London to serve as an instructor in registered publications.  I left active duty after that, went to graduate school, and staying in reserves.  I retired from reserves as a Captain USNR in 1991.

LCDR Fairbanks graduated from West High school in Salt Lake City, Utah in 2000.  Immediately following graduation, he fought wild fires in the west desert for two years, serving on an engine crew, water tender with a detachment to a Type One Hot Shot crew. After that, he served an LDS Mission in the country of Hungary and learned to speak fluent Hungarian.

Upon returning from Hungary, in 2004 Fairbanks received a Navy ROTC scholarship.  While attending Mechanical Engineering school at the University of Utah, Fairbanks competed in Navy Pistol, Rifle, and Collegiate Pistol.  In 2006 he was on the four-person team that won the national championship in International Standard Pistol.  He obtained his commission in 2008 with a BS in Mechanical Engineering and was Selected for Submarine Nuclear Power training in Naval Weapons Station Charleston.

Upon completion of Nuclear Power School, Nuclear Prototype, and Submarine Officer’s Basic Course, Fairbanks received orders to the Ballistic Missile Submarine USS MARYLAND home ported in Kings Bay Submarine Base.  On the USS MARYLAND, Fairbanks served as the Main Propulsion Assistant for a year and a half, then as the Tactical Systems Officer for another year and a half.  He was a crucial member of the crew during the ships beginning phases of an Engineered Refueling Overhaul.

In March 2013, Fairbanks executed orders to be the Nuclear Programs Officer as his alma mater, the University of Utah NROTC.  He served multiple collateral roles, including Senior/Junior advisor, CMEO, CACO, and Instructor of multiple university classes to include: Naval Engineering, Naval Operations and Seamanship, and Naval Navigation.  While stationed at the University of Utah, he took advantage of University discounts for instructors by completing a Masters’ degree in Mechanical Engineering and obtaining a senior reactor operator license at the University’s research reactor.  In June 2015, Fairbanks transitioned from active duty to the Navy Reserve and began working as an engineer for the DoD at Hill Air Force Base in Utah.  He served in UWO SLC as the XO for three years, qualifying in TASWWO and beginning BWC qual card prior to selection for CO of EM Det F, and Officer In Charge (OIC) of a military detachment on a Joint High Speed vessel USNS YUMA attached to sixth fleet for a nine month mobilization. 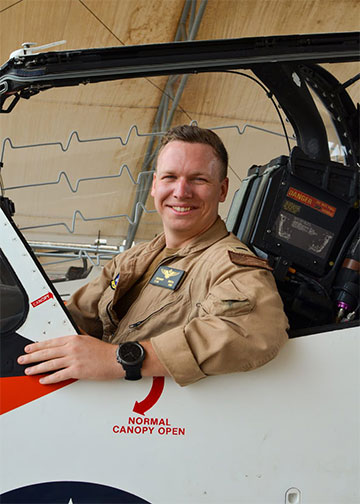 LTJG Smith graduated from Westminster College in 2017 and was selected to be a Student Naval Aviator. Upon completion of primary aviation training, he was selected for the strike (jets) pipeline.  LTJG Smith recently received his wings and will shortly be heading to the fleet replacement squadron for his community. 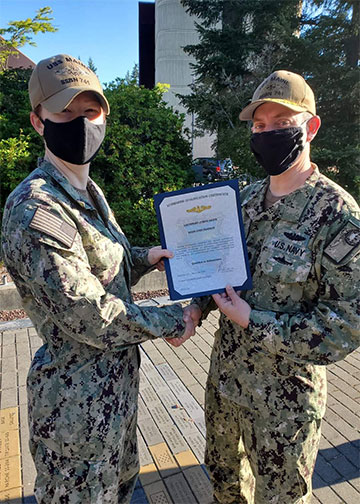 Former OC Shari Pearrow graduated from the Univsersity of Utah in 2017. After commissioning, she began Nuclear Power School in Charleston, SC. After completion of power school and the remainder of the nuclear propulsion pipeline, she joined a ballistic missle submarine crew. The photo featured is of LTJG Pearrow receiving her submarine warfare device. 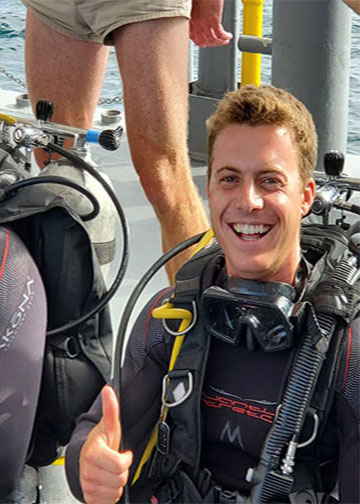 LTJG Nathan Guyer graduated from Westminster College in 2017.  He is currently in school to be come an Explosive Ordinance Disposal Technician. The photo featured is of him in dive school. 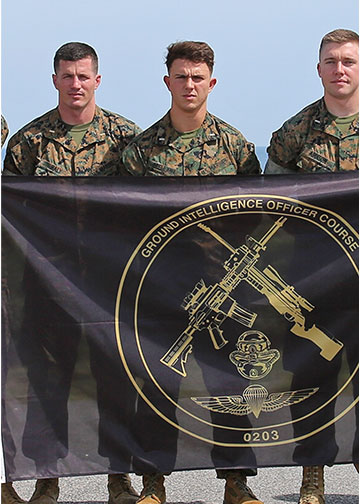 Purpose: Request information from and identify former NROTC members and staff who wish to be advised and informed of University of Utah NROTC events.

Routine Use: Information is to be used by current NROTC staff and Midshipmen to facilitate communication between the NROTC Unit and alumni.  Any data submitted by alumni will be maintained on the secure university server and remain confidential within the unit personnel.

Disclosure: Disclosure of this information is voluntary by submitting information as indicated below.  Please contact our Main Office (801) 581-6723 if you have any questions or concerns.